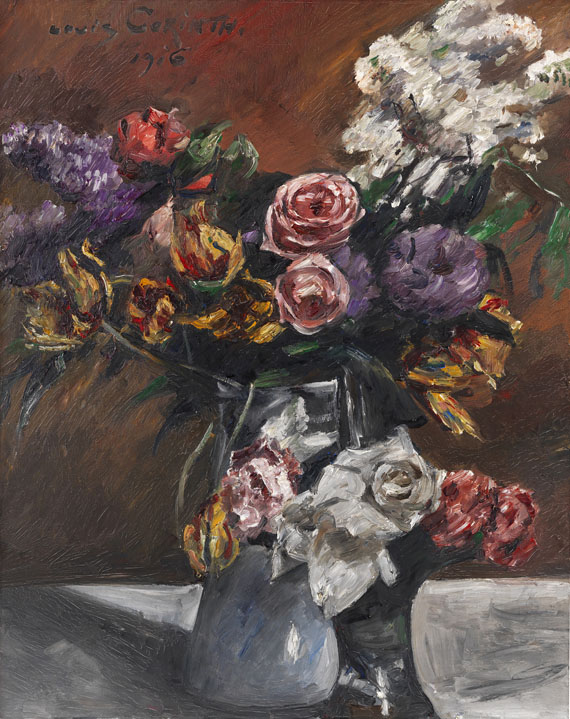 • The flower bouquet and the arrangement allow Corinth to show his great colorist talent.
• Remarkably large-size flower still life made in the middle of World War I.
• Consistent and notable provenance.
• "A flower piece by Lovis Corinth realized a good price" (review of the sale of the von Bleichert collection, 1929).

Essay
“Rosen, Tulpen und Flieder“ (Roses, Tulips and Lilacs) is the title of this flower still life that Corinth painted in his Berlin studio at Klopstockstrasse 48 in the early summer of 1916. There are two bouquets in different vases that the artist arranged on a table, moved a little into the foreground- almost concealed and at the same time integrated - a small, green glass vase with white tulips and red roses. Above it is the sweeping splendor with white and violet lilacs, pink-red, densely grown roses and yellow- flaming red tulips in a porcelain vase, held against a neutral brown-red background, overflowing waves of brushstrokes full of impasto colors. The passion for flower pictures is palpable, the bouquet and the arrangement give Corinth the opportunity to prove himself as a consummate colorist, to stage a sea of blossoms of all sorts of flowers: sweet peas, chrysanthemums, roses, calla, lilacs, sunflowers, orchids, gladioli, lilies, gloxinia, windflowers, pussy willows, etc. Corinth developed an astonishing variety, both with regards to content and form, in his directly rendered arrangements, especially with flowers with a high flower head. No two compositions are alike, the dense crowd of the individual blossoms is sometimes framed by delicate shadows in order to increase the radiance. At the same time, the appearance seems to flow, transience shows itself from the depths, tearing at the flowers’ vitality, thus making their wilting understandable, as it is the case here with the opening and twisting of individual tulip blossoms. Their fragility forces the artist to concentrate from the start, to keep pace with the process of decay taking place right in front of his eyes, while making the experienced reality subject through a dialog with the flowers, the effort to create something unmistakably independent, to depict the distinct characteristic features of the floral splendor. “Corinth possessed as much expressive and creative abundance as nature itself. The passion shows in the play of colors, while he still masters the form in every dab, however, a form not narrow and limited. I realized how strange his boisterous nature is in our playful and experimental era […] the formation of the accumulated colors. Half-empty islands which the brush barely touched are left all over the canvas [..] the language of an ingenious person”, says Charlotte Behrendt-Corinth in deep admiration after the death of her husband on November 18, 1929 (quote from: Charlotte Behrendt- Corinth, Mein Leben mit Lovis Corinth, Munich 1960, p. 143). After a serious illness in December 1911, Corinth recovered his full potential through hard self-discipline. In the years from 1912 to 1925, the year of his death, he painted 475 paintings; including 120 flower pictures, 130 portraits or self-portraits and 61 Walchensee pictures. Corinth increased the noticeable ecstasy of his imaginative activity over the years that followed. Aware of the splendid presence, Corinth repeatedly arranged the flowers in vases according to his own ideas or the ideas of wife Charlotte. At times he added other objects to the motif, like a second glass vase from the Corinth as in our work. Or he comes across birthday bouquet, like perhaps this one on occasion of Charlotte’s birthday on May 25th, which he spontaneously declares worthy depicting. Corinth understands flowers as soulful, changing beings through which the artist experiences the rhythm of everyday life, of the year, making us admirers of his sensation. [MvL]
Plus d'informations
+
Vendre
vous souhaitez vendre un objet similaire?
+
Enregistrement sur
Lovis Corinth
+
Pré-visites et déroulement de la vente
+
Possibilités déenchère
+
Enchère par téléphone / Enchère écrite
+
Questions sur l´achat
+
Commander le catalogue
+
Contacter l'expert
224
Lovis Corinth
Rosen, Tulpen und Flieder, 1916.
Oil on canvas
Estimation: € 150,000 / $ 175,500
Plus d'informations
+
Vendre
vous souhaitez vendre un objet similaire?
+
Enregistrement sur
Lovis Corinth
+
Pré-visites et déroulement de la vente
+
Possibilités déenchère
+
Enchère par téléphone / Enchère écrite
+
Questions sur l´achat
+
Commander le catalogue
+
Contacter l'expert
Autres images 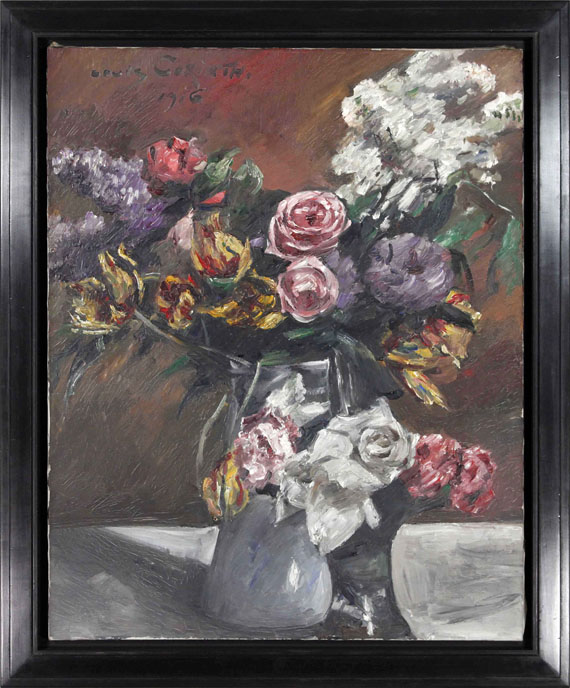 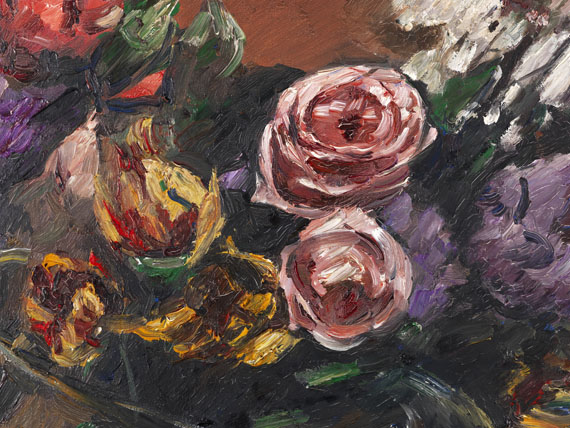 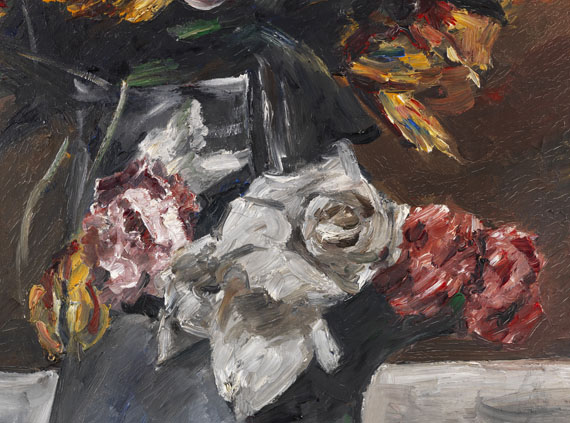 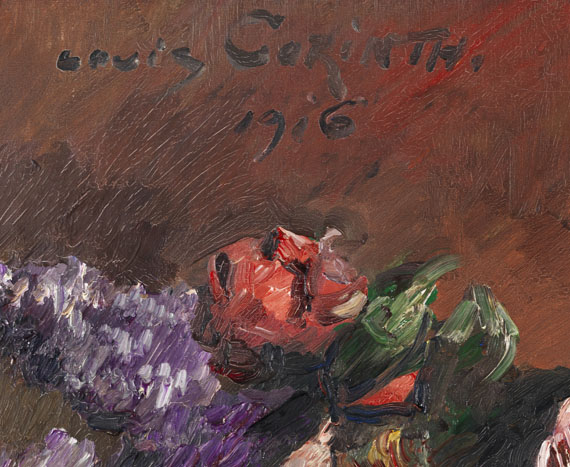 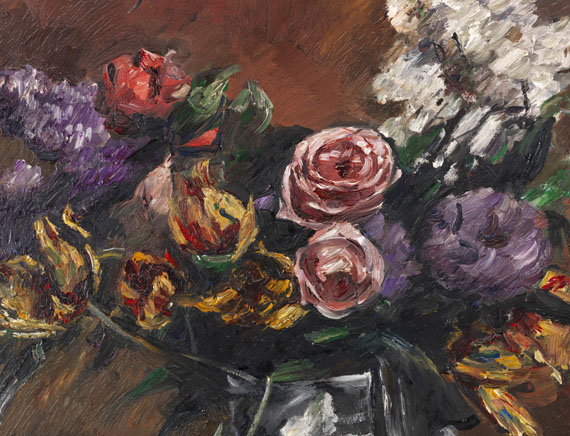 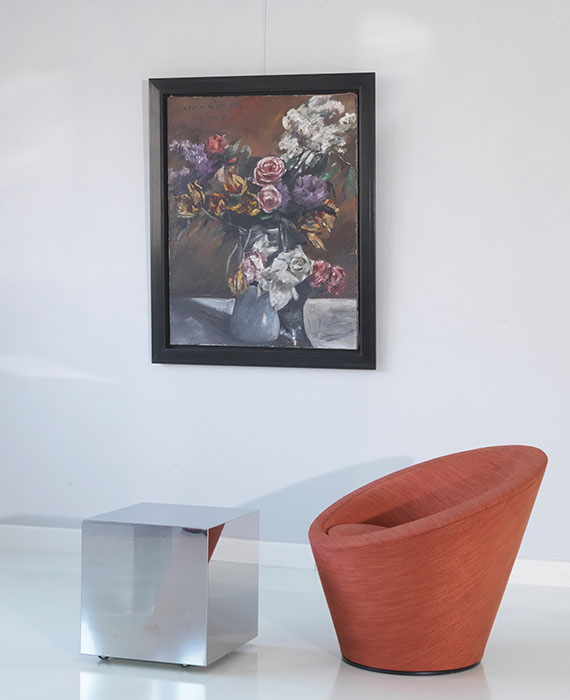 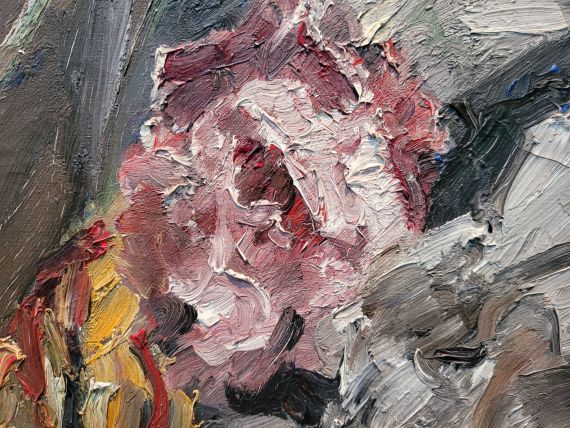 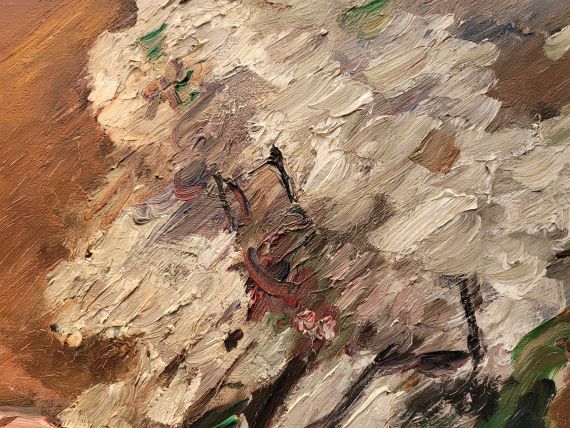 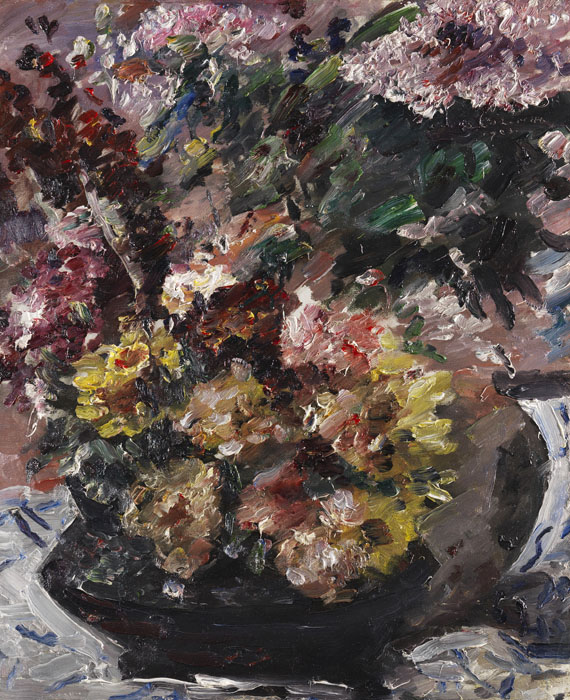 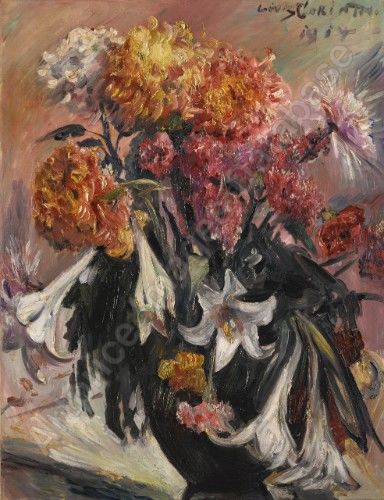 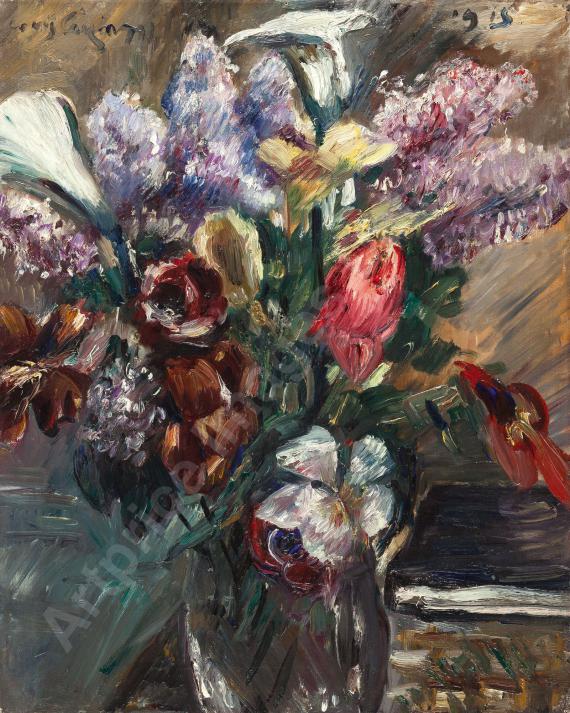 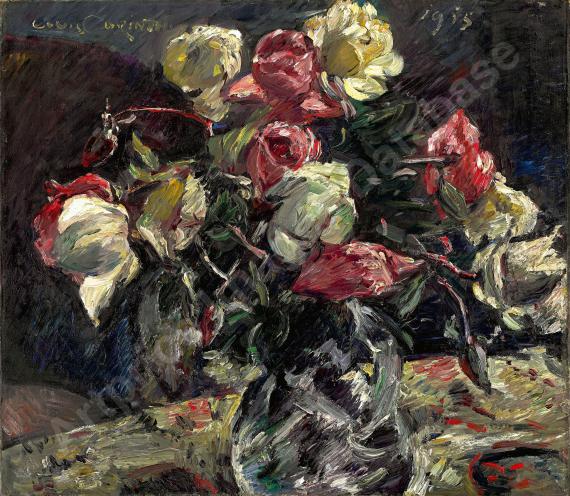 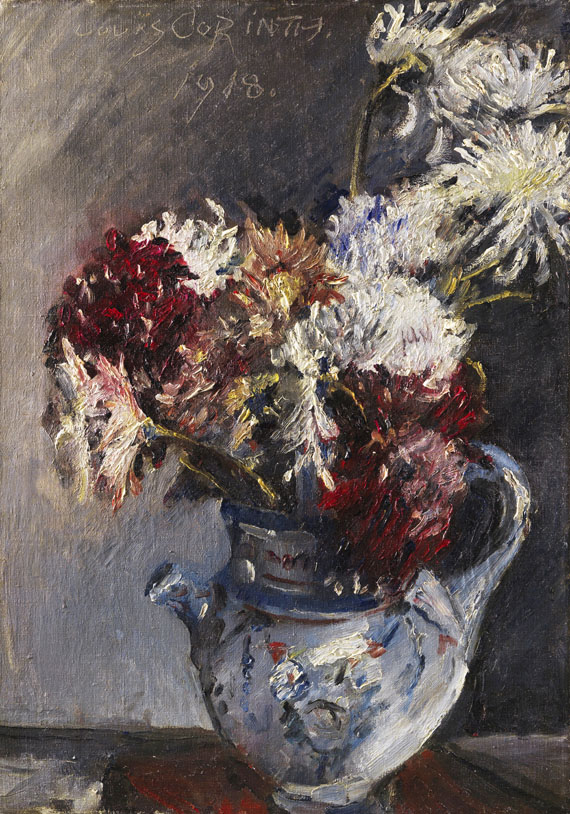