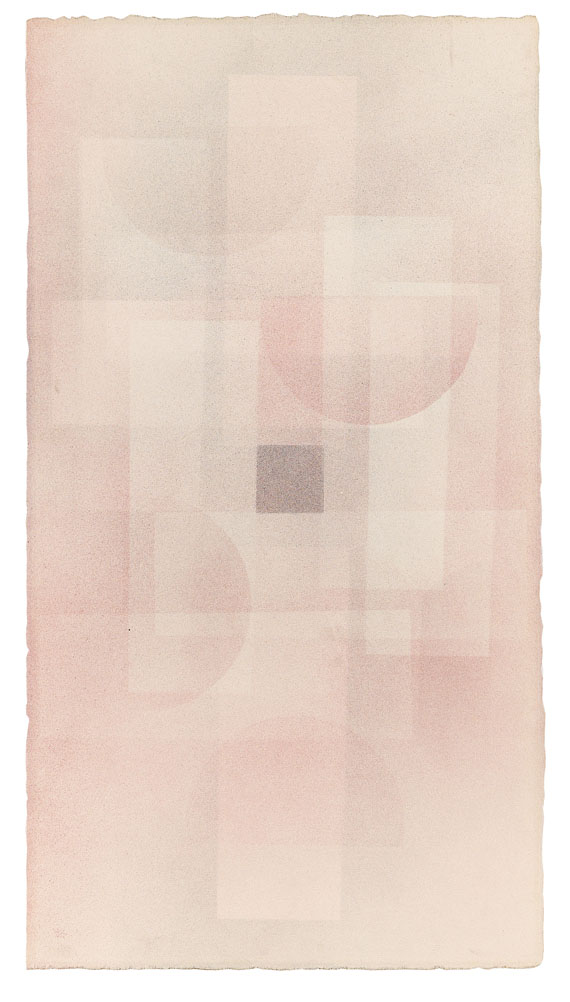 Wassily Kandinsky, one of the fathers of abstract painting, was one of the great pioneers of art in the 20th century. He paved the way for abstract painting - liberated of the figurative - as a painter as well as an art theoretic and left an epoch-making oeuvre.
Kandinsky was born in Moscow on 4 December 1866. After studying law and economics in Moscow he decided to become a painter and moved to Munich in 1896. Here he began studying at Anton Azbè's art school, then went to Franz von Stuck who trained him from 1900 to 1901 and finally, completed his studies at the Munich Kunstakademie. As early as 1902 he was already teaching at the 'Phalanx-Malschule' and soon became the president of the artist group. Here he met Gabriele Münter who was one of his pupils in his painting class. They went on extensive trips abroad together and then moved into a shared apartment in Munich in 1908. An educational journey to Murnau in Upper Bavaria impressed Münter so much that she bought a house here where she and Kandinsky would spend many summers working intensely. Kandinsky was one of the founding members of the 'Neue Künstlervereinigung' in 1909, and one year later, in 1910, he made his first purely abstract watercolor. This revolutionary step towards abstraction was justified in his book 'Über das Geistige in der Kunst' which Kandinsky published in 1912. Together with his artist friends Paul Klee, August Macke and Franz Marc Kandinsky founded the 'Blauer Reiter' in 1912 and published the almanac with the same name together with Marc. Kandinsky spent the years of the First World War in Moscow, but returned to Germany in 1921. Walter Gropius invited him to teach at the Bauhaus in Weimar in 1922, where he founded the artist group 'Die Blauen Vier' together with Paul Klee, Lyonel Feininger and Alexej von Jawlensky in 1924. Kandinsky took on German citizenship in 1928. The Bauhaus, which had already moved to Dessau in 1925, moved once again in 1932, this time to Berlin, where it re-opened in spite of Nazi persecution, but had to close its doors permanently one year later.

During his Bauhaus period Kandinsky admits the watercolor an increasingly important position. Until then watercolors served only as preliminary works for his canvas pictures or as experimental studies. Around 1923 radical change took place and watercolors developed into independent works of art that were at an equal level with the oil paintings. (see Barnett, Aquarelle, vol. I, p.37). In the last year of the Bauhaus, before it was closed by the Nazis, the watercolor "Quadrat im Nebel" was made. It shows a delicate pink color and form structure, which finds its center in a black square. Kandinsky, during his Bauhaus period, was deeply occupied with the expression of structural and geometric abstraction. In 1926 he published his second book "Punkt und Linie zu Fläche". He writes: "The composition is the internally-functional subordination of, 1. the individual elements and 2. the construction of the concrete pictorial destination. This means: if the given pictorial aim is sufficiently embodied in harmony, the harmony must be treated equally equivalent to a composition. In this respect harmony is a composition. "(Kandinsky. "Punkt und Linie zu Fläche. Beitrag zur Analyse der malerischen Elemente.", Benteli-Verlag, Bern-Bümpliz 1955, p. 36).

Kandinsky emigrated to France in 1934 and settled in Neuilly-sur-Seine near Paris. He adopted French citizenship shortly before the outbreak of the Second World War. He continued working during the period of German occupation, in spite of the dangerous situation, until shortly before his death. Wassily Kandinsky died in his adopted home-country France on 13 December 1944. [EH].