Daniel Richter was born in Eutin in 1962. He studied at the Academy for Visual Arts in Hamburg under Professor Werner Büttner. Richter worked for the contemporary artist Albert Oehlen (painting, object art, installations, and music) and created cover art for the Buback Chicks on Speed Records. He took over the professorship for painting at the University of Arts in Berlin in 2004. He gave up this position early to move to the Academy of Visual Arts in Vienna and fill the professorship for extended pictorial space. Endtimes scenerios in the spirit of Hieronymus Bosch and Francis Bacon hold his works together without shocking motifs. Everything remains connected by a single intimation. His works up until the year 2000 were defined by intense abstraction, but in his work since then figuration has come ever further to the fore. Daniel Richter lives and works in Berlin and Hamburg.
Recently works by Richter were shown at the Kestnergesellschaft, Hanover (2011), the Louisiana Museum of Modern Art in Humlebaek (2012) or the Kunsthalle Kiel (2013). [KP].
Daniel Richter is represented in, among others:
• Saatchi Gallery, London
• David Zwirner, New York
• Galerie Andreas Höhne, Munich
• Contemporary Fine Arts, Berlin
• me Collectors Room, Berlin
• Collection Boros, Berlin
• Collection Kopp, Munich
• Collection Rheingold, Mönchengladbach 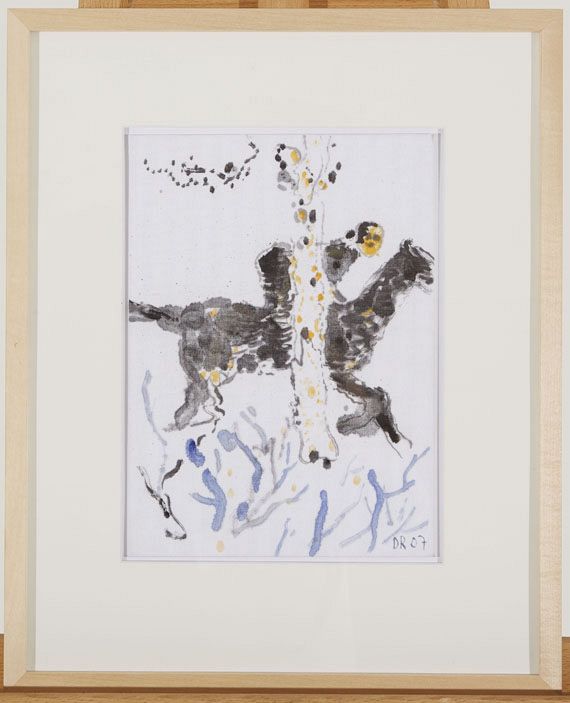