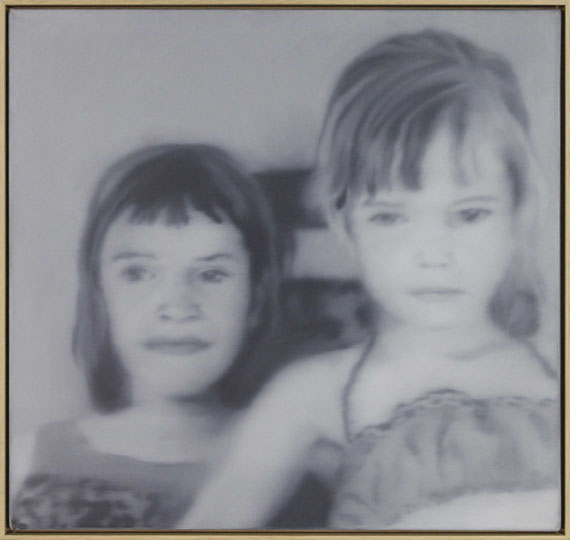 • Characteristic Richter work from the sought-after early period of the black and white photo paintings.
• Made in context of the commission for the famous paintings "Domplatz. Mailand" (1968) which currently is Richter's most expenisve figurative work.
• Characterized by a perfect balance between sharpness and blur.
• A smaller second version of this portrait is in possession of the Dallas Museum of Art.
• Works with similar motifs are extremely rare on the international auction market and realize top prices, such as "Mädchen im Sessel (lila)" (2014, New York) und "Mädchen im Liegestuhl" (2011, London) Spitzenpreise.
• Typical 1960s motif in summery airiness.
• Since creation in one and the same private collection, for the first time offered on the international art market.

"Gerhard Richter [.] is considered [.] the most important Post War artist world-wide. More than half a million people saw his latest retrospective, his oeuvre is acknowledged by both art history and art market: Paintings by Richter, especially early ones, realize hammer prices in the double-digit millions at international auctions."
Catrin Lorch, Süddeutsche Zeitung, June 18/19, 2016, no. 139, p. 24.