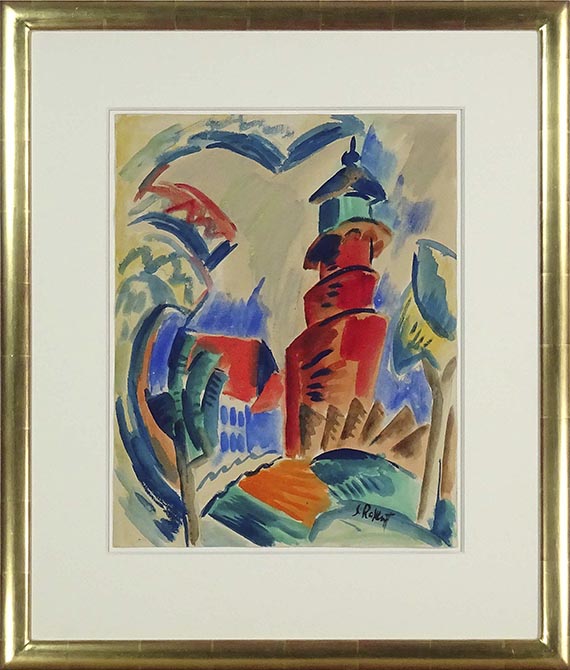 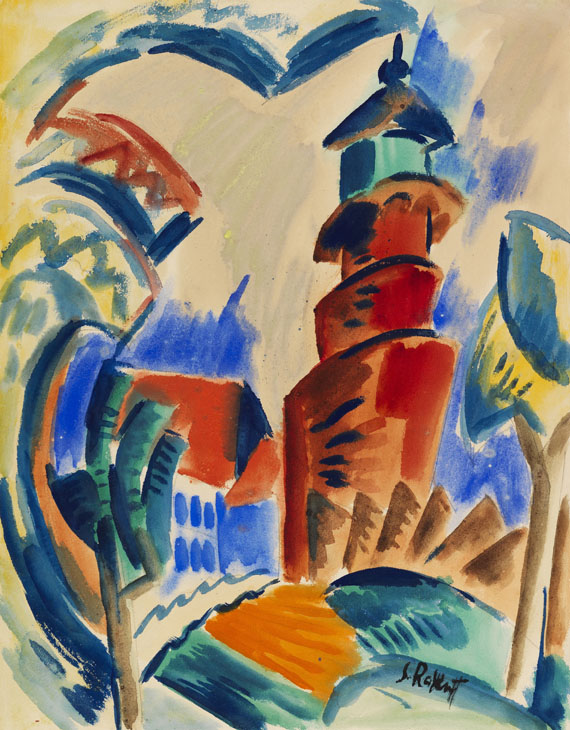 • Important motif in impressively radiant colors.
• The former architecture student shows his fascination for the light house's unusual structure.
• Characterized by a tremenduous futuristic liveliness.
• Part of the important retrospective exhibition at the Lenbachhaus in Munich in 1989.

The watercolor is documented in the archive of the Karl and Emy Schmidt-Rottluff Foundation, Berlin.

Lighthouses that dominate coasts and landscapes with their strangely elongated architecture, exert a great appeal on the "Brücke" artists. Kirchner not only dedicated several works to the Staberhuk lighthouse on Fehmarn, he even moved into an apartment of the lighthouse keeper during his summer stays from 1912 to 1914. In Heckel's landscapes, which were created during his stay in Ostend during the First World War, the lighthouse sometimes dominates the motif. And lighthouses can also be discovered in Pechstein's Nidden landscapes from 1911 onwards. In this view of the striking lighthouse in Jershöft in Pomerania (today the Polish seaside resort of Jaroslawiec), Karl Schmidt-Rottluff surpasses his former artist friends in the execution‘s dynamic.