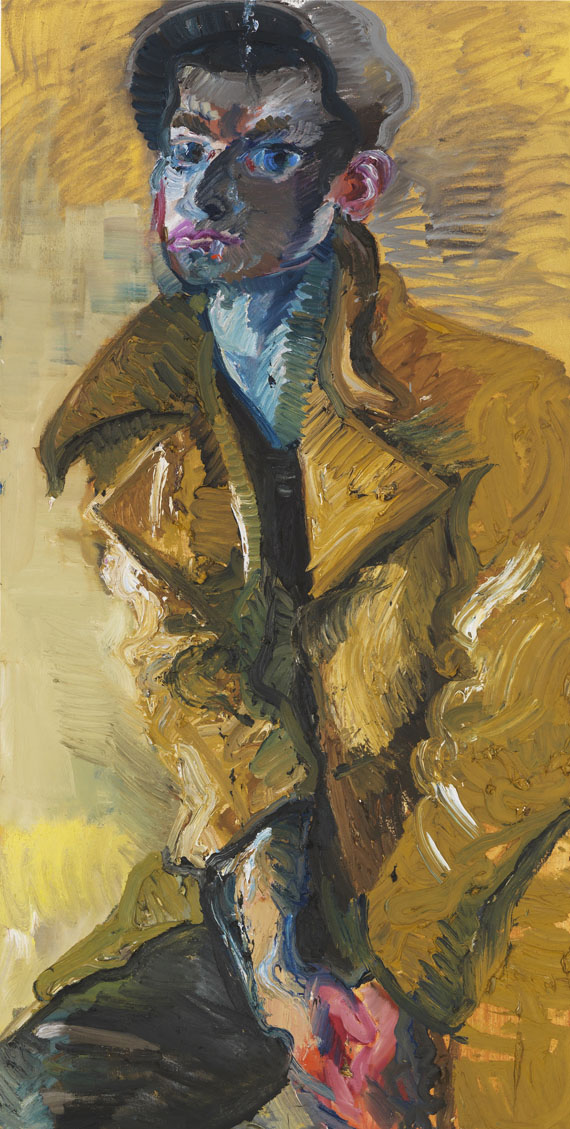 • Striking portrait of the artist and activist Slava Mogutin.
• He is a recurring motif in Rainer Fetting's seminal male portraits.
• For the first time on the international art market (source: artprice.com).
• Similar works are part of important museum collections, among them the Städel Museum, Frankfurt a. Main, or the Berlinische Galerie.

This works authenticity has kindly beeen confirmed by the artist. We are grateful for his kind support in cataloging this lot.

PROVENANCE: Galerie Deschler, Berlin (with the gallery stamp on the reverse of the stretcher).
Private collection Northern Germany. 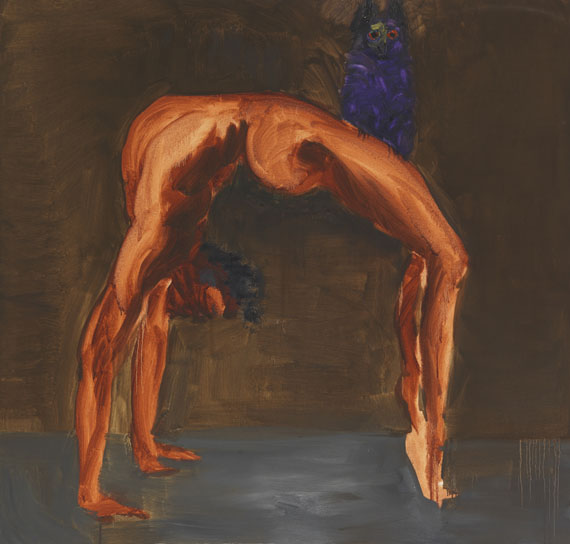