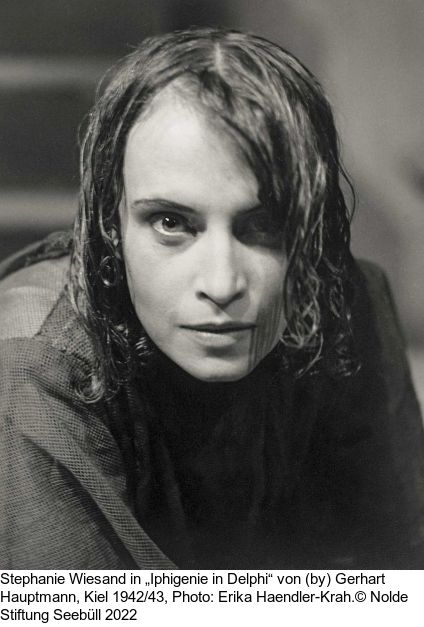 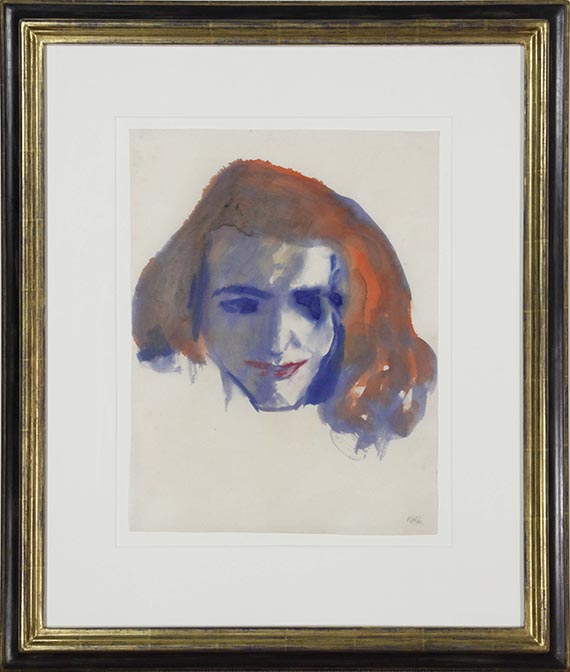 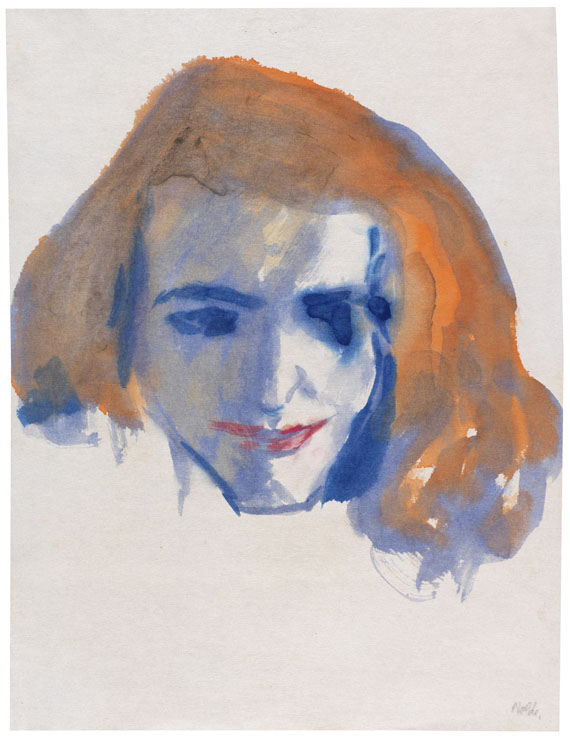 • Expressive watercolor in fiery coloring.
• Through the execution in reduced manner and expressive colors, the representation unfolds an almost tangible presence.
• Characterful portrait of the German actress and photographer Stephanie Wiesand.
• In 1947, Nolde made the acquaintance of Wiesand in St. Peter-Ording, an encounter that would be formative for both.
• Still that year he sent the portrait to the actress as a Christmas present.

Accompanied by a photo expertise from Prof. Dr. Manfred Reuther, Klockries, dated October 23, 2022. The work is registered in his archive under the number "Nolde A - 253/2022“.

The inspiring exchange with dancers, musicians, poets and actors was a significant incentive for Emil Nolde's artistic exploration, also in earlier creative periods. When the painter met the young actress Stephanie Wiesand (1912 – unknown) in the North Sea spa St. Peter-Ording in 1947, an intensive acquaintanceship developed between the two, which was accompanied by lively correspondence. The time they spent together at the North Sea was characterized by an intensive exchange: After the dramatic loss of his wife Ada a year earlier, Wiesand read the artist his memoirs and comforted him. 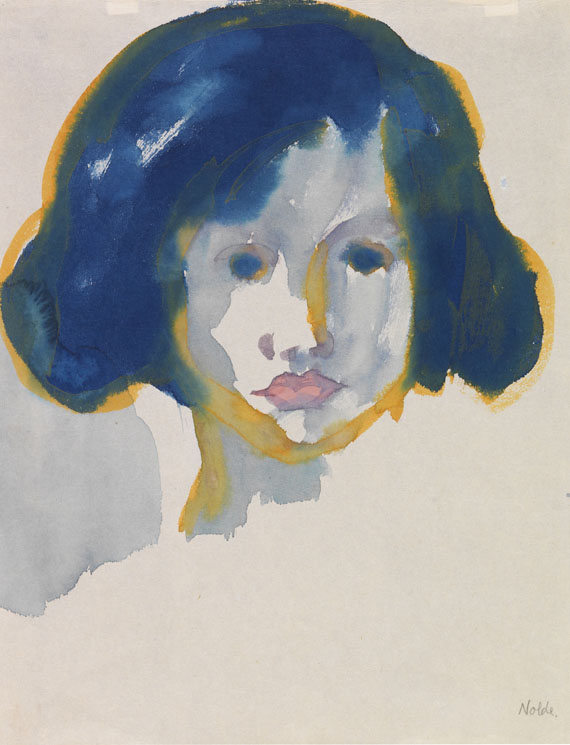